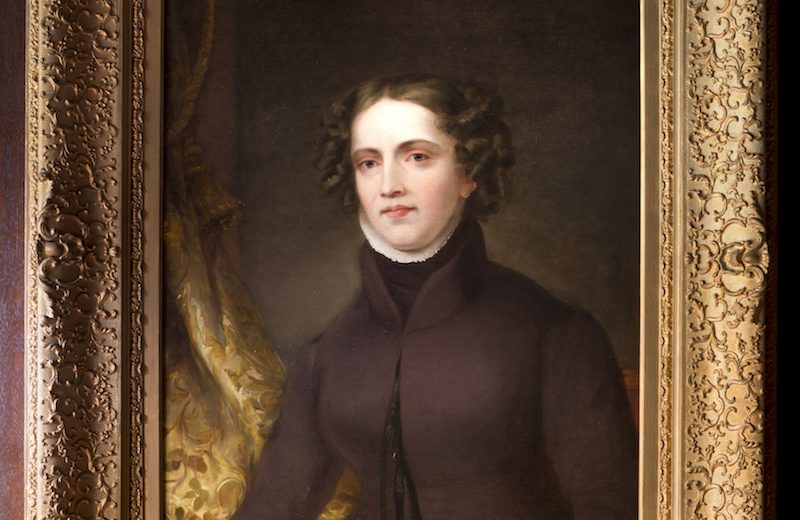 Gentleman Jack was the nickname cruelly bestowed upon Anne Lister, who lived at and owned Shibden Hall in Halifax in the early 1800s. Lister’s ‘masculine appearance’ and interest in women didn’t go amiss at the time. But it was only after her secret diary entries were decoded, decades after her death, that the full extent of Lister’s gay lifestyle and love interests came to light, which was considered a rather shocking discovery at the time.

Anne Lister (1791-1840) was a landowner, traveller, industrialist and student, and – some say – a social climber. Lister became posthumously famous for her diaries, which ran to more than 6600 pages – four million words – and detailed almost every moment of her life. Lister was described as one of ‘a trilogy’ of early 19th century Halifax diarists, along with Caroline Walker and Elizabeth Wadsworth. Wadsworth lived and owned Holdsworth House at the same time that Anne Lister lived at Shibden Hall, and the crossovers in their daily lives and family acquaintances have been recently discovered.

Already one of Halifax’s most notable residents, Anne Lister is set to become even more famous thanks to the new TV drama, Gentleman Jack written by Sally Wainwright. Much of the series, starring Suranne Jones as Anne Lister, was filmed at Shibden Hall where Lister lived with her aunt and uncle. As it’s part of Calderdale Museums, you can visit Shibden Hall, wander around the house and parkland. If you’ve read The Secret Diaries of Anne Lister by Helen Whitbread you’ll recognise many of the places around Shibden Hall.

Shibden Hall makes a wonderful day trip out. It’s set in an expansive parkland with woodland, a miniature railway, boating lake, delightful cafe and walkways. It’s just over three miles from Holdsworth House and has parking on site.

Book our Anne Lister Discovery Break from £150 for two people >>