Packed full of tradition and character, Holdsworth House Hotel is a hidden gem with many secrets waiting to be discovered. From beamed ceilings and oak panelled halls to ancient tapestries and beautiful stone mullion windows, it offers visitors something special and somewhere unique.

The original servant bells that were once used by Holdsworth House's occupants to call for their servant's assistance or attention, were moved from the kitchen to the raised restaurant area when the house was bought by the Pearson family in 1962. 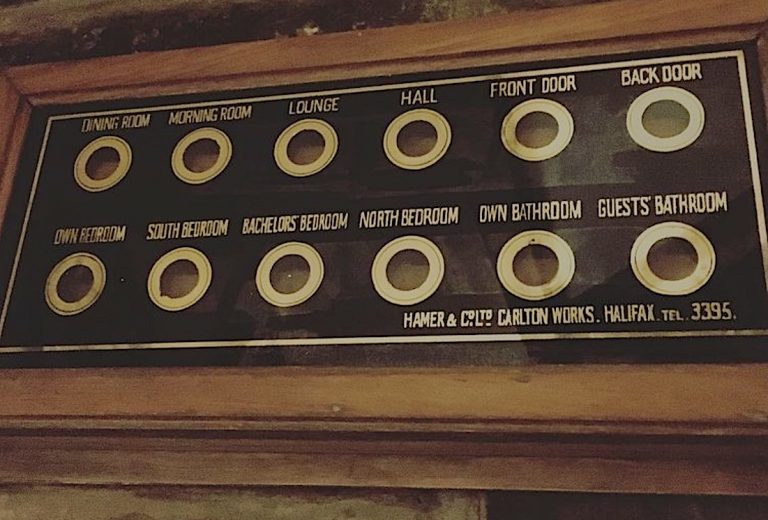 The cross on the hotel's gable denotes that, at some distant time, the estate was in the hands of the ancient Order of the Knights of St. John of Jerusalem. Such properties contributed to the welfare of the Crusaders and houses bearing this ornament were said to be under the cross.

AN EYE FOR ANTIQUES

Holdsworth House was first opened as a hotel in 1963 by the late Rita and Freddie Pearson (pictured). A great deal of fine oak furniture was purchased by Freddie in the 1960s. Freddie thought he had be ‘robbed’ if he paid more than £5 for one of the fine carved chairs, which are still used in the restaurant. 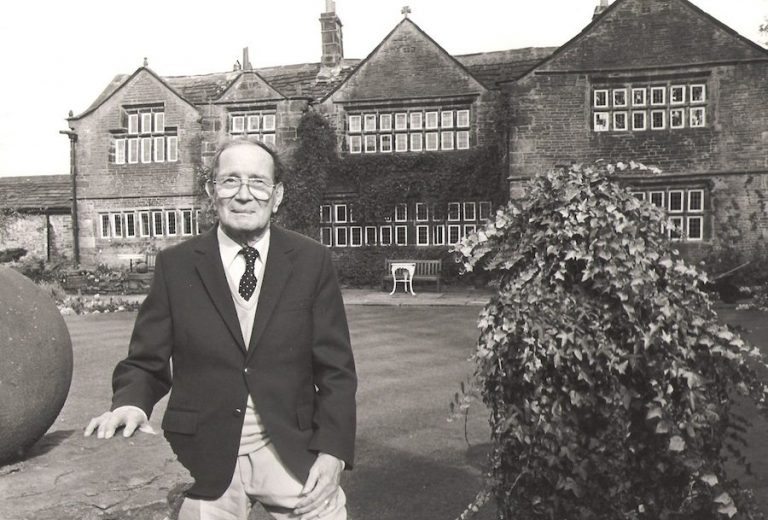 At the top of the Hall stairs three wig cupboards are set into the wall, which probably date from the early 18th century. Their purpose is self-explanatory.

The oak doors that are hung as decoration on the walls of the restaurant were nicknamed The Witch's Cupboard by John Lennon who stayed here in 1964.  After appearing on the Antiques Roadshow in 2019, we discovered the doors are from a 17th century alchemist’s laboratory. Read about what Antiques Roadshow expert Lisa Lloyd thought they were worth.

In 2021, the doors were borrowed by the crew of The Gallow's Pole. During filming the TV show that's based on the book by Benjamin Myers, director Shane Meadows asked us if he could borrow the doors to add authenticity to the film set for his 18th century alchemist character. We were delighted to oblige! 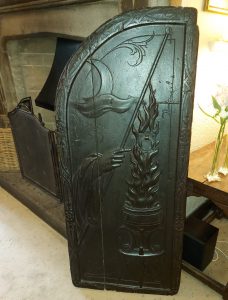 To commemorate the hotel’s 35th anniversary in 1997, the period Sunken Parterre gardens at the front to the house were restored. The design was taken from John Parkinson’s book A Garden of Pleasant Flowers published in 1629. The planting includes many contemporary flowers and shrubs.

The sundial overlooking the Parterre garden was added at the same time and a local junior school put together a time capsule, which was buried beneath the sundial's base.

The delightful four-gabled Gazebo in the corner of the hotel's sunken garden was probably built a little after 1633. There are several suggestions as to its original use: either as a summerhouse, a gatekeeper’s lodge or a small private chapel.

There is a legend that a tunnel ran from the main house to the Gazebo, used during times of religious persecution. There may well have been a ’priest hole’ behind one of the fireplaces in the main house at one time.

Former resident of the early 1800s, Miss Elizabeth Wadsworth, planted two weeping ash trees in the front garden in 1821. Later, in the 1980s, the Pearson family planted two further ash trees, imported from Italy because of their rarity. 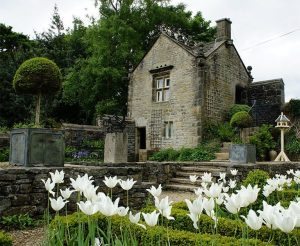 Grandfather clock made by W Flather of Halifax

Paneled Room clock was revealed after decades behind a picture