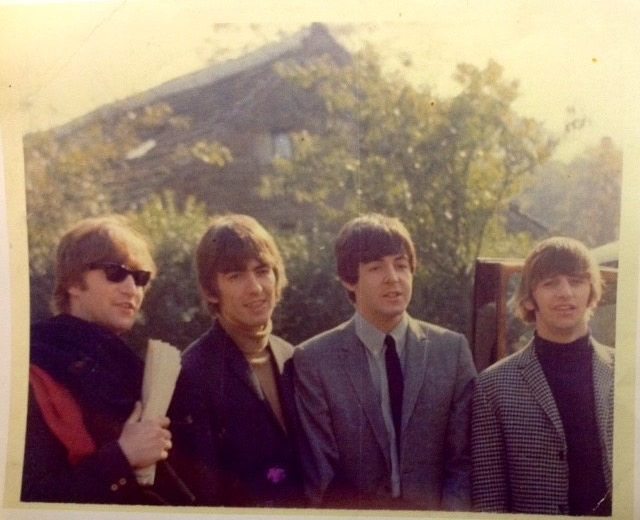 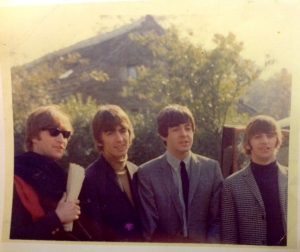 Friday 9th October 2020 would have been John Lennon’s 80th birthday. 56 years ago, to the day, the Pearsons – owners of Holdsworth House – were preparing for the Fab Four’s arrival in complete secrecy. Even the Pearson’s teenage daughter, Gail and her eight-year-old sister Kim, weren’t told until the last minute.

The late Freddie and Rita Pearson opened historic Holdsworth House as a private members club, The Cavalier, in 1963. Through his many connections, Freddie Pearson persuaded band manager Brian Epstein to bring The Beatles to stay over after appearing at the Bradford Gaumont theatre. It was Friday, 9th October 1964, the opening night of their first UK tour and John Lennon’s 24th birthday. Here Gail recalls with much fondness the time The Beatles stayed… 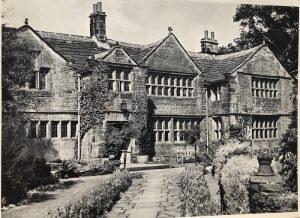 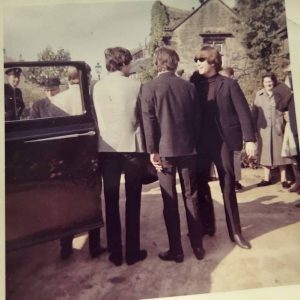 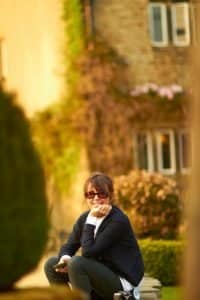 Gail (pictured), daughter of Rita and Freddie, was aged 14 at the time:

“Obviously, every teenager in West Yorkshire was excited that The Beatles were playing their opening concert in Bradford and you can imagine how I felt when my father told me they were actually coming to stay with us. It was a hard secret to keep. I did tell one close friend who I trusted, Alison Butterworth, she is still a good friend today but I’m not sure that my other school friends have ever forgiven me!”

Gail continues,“At around 11 o’clock at night they arrived after what my father described as a ‘hairy drive’. He travelled from the concert with them to give directions, they skirted the crowds and passed at speed through police roadblocks. My mother had been desperately worried that the gardens would be trampled by thousands of screaming fans but, in the end, thanks to a police diversion their destination remained a secret.” 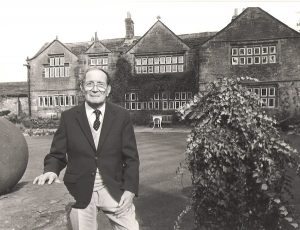 “Holdsworth House wasn’t a hotel at the time,” says Gail. “So my family had to vacate our bedrooms for The Beatles to sleep. They chatted to guests in the bar when they arrived, then had dinner in a private room upstairs. We still have a signed copy of the menu and their original bills [pictured], which show a rather rich selection of trout, turtle soup, cold duckling and steak tartare. I love the fact that our French Maitre D’ at the time referred to them as ‘Beetles’!

“The bar bill came to £2 15s. Paul, George, Ringo and Brian Epstein drank in the Long Bar until the early hours along with John who, despite his toothache, was still the life and soul of the party, told endless jokes and did a brilliant imitation of a pompous Yorkshire mill owner – he was a great mimic.” 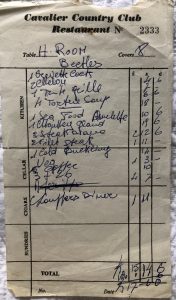 Gail recalls, “They all slept in the old house: John and Ringo in what was mine and my sister’s room, now an office, Paul and George in the Ayrton Room. Brian Epstein was put up in the De Aldworth Room on a camp bed and they all shared one small, very traditional bathroom. Our room had rather pretty single iron bedsteads, which we still have in the hotel today. Guests love to think they are sleeping in the same beds as John and Ringo.

“I was up at 6.00am, terrified they might leave early and I’d miss them. But I needn’t have worried as they slept in and had breakfast in bed. Eventually, my mother took sympathy and knocked on their door saying “my daughter’s been waiting all morning to see you–“ and pushed me in. I was mortified but they were all really kind and chatty. Paul offered me a cigarette which I refused (I could probably have sold it later!) and asked me about a book in our room on Ibiza, as he’d never been to Spain. 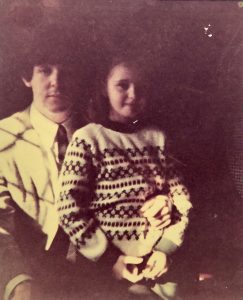 “My sister Kim made friends with Ringo, who held her hand and let her look at all his rings. We gave them all a Cavalier Club tie and were thrilled to receive a copy of John’s book In His Own Write and a Christmas card. We still have them today, together with other memorabilia of their stay”