The one thing you probably love most about Holdsworth House is the formal garden. The south-facing lawn and sunken Parterre only make up around a quarter of the estate land, most of which is actually meadow or fields.
We know a little of the garden’s history from the 19th century diaries of former owner Miss Elizabeth Wadsworth. But most of the garden today is a result of the creativity and sheer hard work of the hotel’s current owners – the Pearson family – and long-serving gardener, John Wainwright. 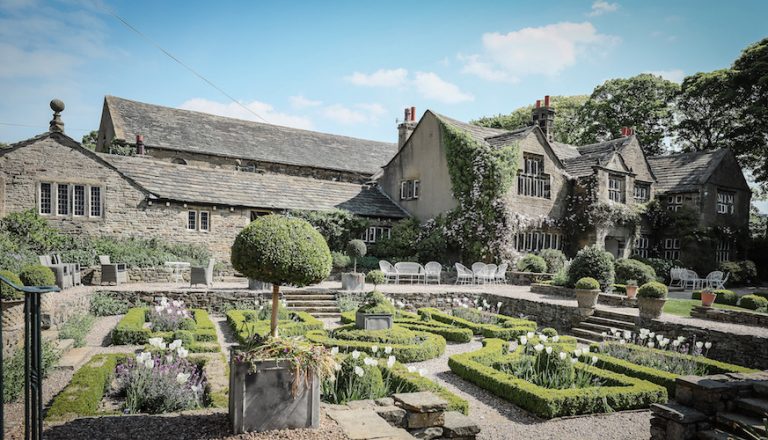 As a wealthy landowner, Miss Elizabeth Wadsworth (believed to be depicted figure right in the painting below) spent much of her life on the Holdsworth House estate after being left it in the will of her brother John. As the sole surviving descendant of the Wadsworth family, and as the only female, Elizabeth was last in line to inherit anything from her clergyman father, but was still aged only 45 when she took the reins.
As per her contemporary Anne Lister of nearby Shibden Hall, Elizabeth kept extensive diaries. It’s from these precious daily jottings (kept in the archives of Halifax library alongside Lister’s more famous ones) that we know Elizabeth used her money wisely and bought farmland and cottages locally, from which she gained rent from tenants. This allowed her the opportunity to be creative with the house garden, to maintain the grounds and the dry stone walling, and to keep beehives for pollination and honey. 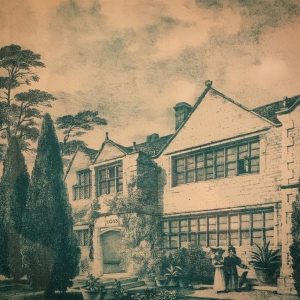 As you’ll know, one end of the lawn is framed with two beautiful, twisted ornamental trees. These weeping ash trees were planted by Elizabeth Wadsworth in 1822. We find reference in her diaries of the autumn of that year…
“November 11.–Samuel fetched potatoes and 3 little ash trees from Hipperholme.
November 13.–Set the 3 ash trees.”
Sadly, one of Elizabeth’s weeping ash trees did not survive. But in the year 2000, the Pearson family set about restoring her original design by importing a replacement specimen from Italy. Today, the stunning, gnarly canopies provide shade and character to the wooden gazebo, which hosts outdoor weddings in the summer months. At almost 200 years old however, the original weeping ash are under close observation while a disease called Ash Dieback currently threatens many species across the UK. 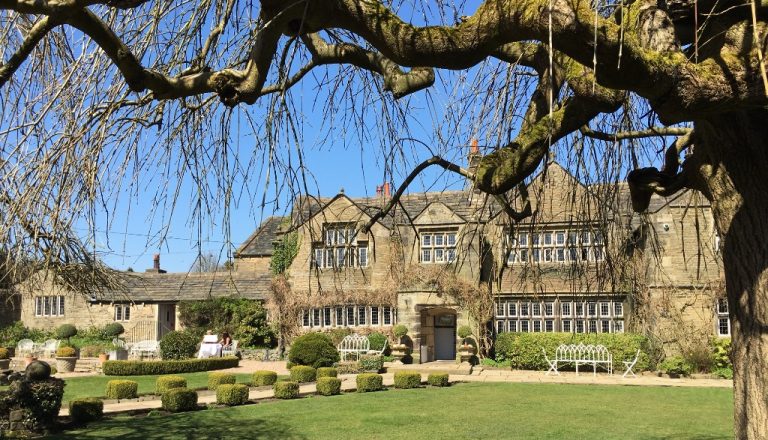 From the early 20th century to the 1960s the garden changed little. At some point the wooden gates that hung on the enormous gateposts were removed, a large evergreen near the entrance porch was felled and the ivy that swarmed the south facade was replaced by a beautiful clematis.
In the 1960s when the Pearson family bought Holdsworth House, the garden was a rich variety of cottage-garden plants, shrubs and trees, and it adopted a less formal approach to design than today. In 1997 – the 35th anniversary year of the hotel – work began to restore the Parterre garden to commemorate the new Millennium. North of England landscaper, David Redmore Garden Design, drew up plans for the entire garden including the elaborate, sunken knot garden (you can see a copy of his plans in the lobby on your next visit). The Box hedge and planting ideas were inspired by Royal Botanist John Parkinson’s book A Garden of Pleasant Flowers published in 1629. Today, each spring, a sea of tulips bursts through the Box and you might spot floral herbs such as Valerian in the borders, in a nod to the house’s history.
The sundial overlooking the Parterre garden was added for the Millennium too and the local Bradshaw Junior School put together a time capsule, which is buried beneath the sundial’s base. The capsule includes a class timetable, children’s magazines of the time and an old tape of music. We wonder what children of today would make of the contents! 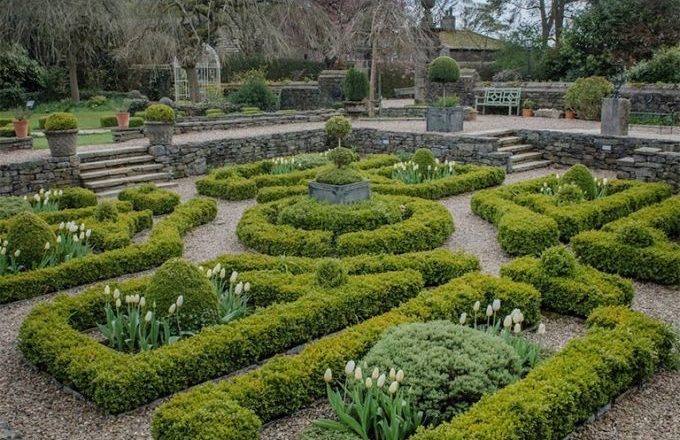 LONG MAY YOU ENJOY THEM

The gardens remain our pride and joy and we never forget how lucky we are to work somewhere so beautiful. Our popular gardener John has weeded, planted, pruned and mowed his way through 20 years of tireless dedication to the gardens. We thank him enormously and together we hope that you will be back with us soon to enjoy your favourite garden view. 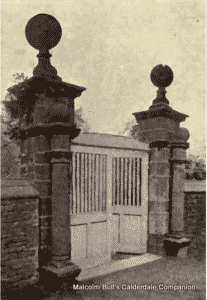