As members of the British Hospitality Association we attended their Destination Marketing conference in October at fellow member venue The Devonshire Arms. We were delighted to learn from Visit England that Yorkshire is well above the national average for providing complete customers satisfaction. Visit England regularly polls the public to find out their travel plans, where […] 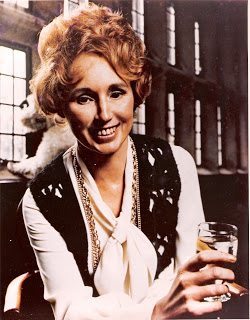 Pictures of Holdsworth House going back over the last 50 years. For more images of the hotels today visit our website gallery. Left: The elegant Rita Pearson. This picture appeared in the national papers when the hotel was purchased by the Pearsons. Left: Current owner Gail Moss (nee Pearson) follows in her mother’s footsteps in […]

We had a ball last Thursday, almost literally when we celebrated the hotel’s 50 Golden Years! Holdsworth House was opened on April 11th 1963 by Rita and Freddie Pearson. The couple, who had no experience of running a hotel,  opened The Cavalier Country Club as a private members club which quickly became the place to […]

Guest reviews are something we look forward to reading, whether it’s on Tripadvisor, Hotels.com or from a card delivered in the post. But whilst we work our fingers to the bone delivering top notch service, toil tirelessly in the kitchens to create the best Yorkshire food or stay up past midnight typing out bride’s menus […]