Many celebrities have stayed at Holdsworth House, most famously The Beatles who visited on 9th October 1964 - John Lennon’s 24th birthday.

The Pearson family, who owned and lived at Holdsworth House at the time, had to vacate their own bedrooms to accommodate the Fab Four and manager, Brian Epstein. All hotel staff were sworn to secrecy because Mrs Pearson was afraid the gardens would be trampled by thousands of screaming fans.

The group arrived late on 9th October 1964, following a concert at the Gaumont Theatre in Bradford - the opening night of their only British tour. The local police blocked the road at Bradshaw, causing a diversion and sending fans in the wrong direction, thus allowing easy access to Holdsworth House for The Beatles.

John Lennon and Ringo Starr slept in the room that is now an office; Paul McCartney and George Harrison stayed in the Ayrton Room - now a private dining room. The band took room service in the Ayrton Room, dining on turtle soup and steak tartare. The French Maitre d’ wrote their order, a copy of which can be found on the reception wall, referring to the band as ‘The Beetles’.

For years many stars have stayed at Holdsworth House including:

To this day Holdsworth House continues to welcome famous faces who are performing in the northern clubs and theatres or filming in the West Yorkshire area. 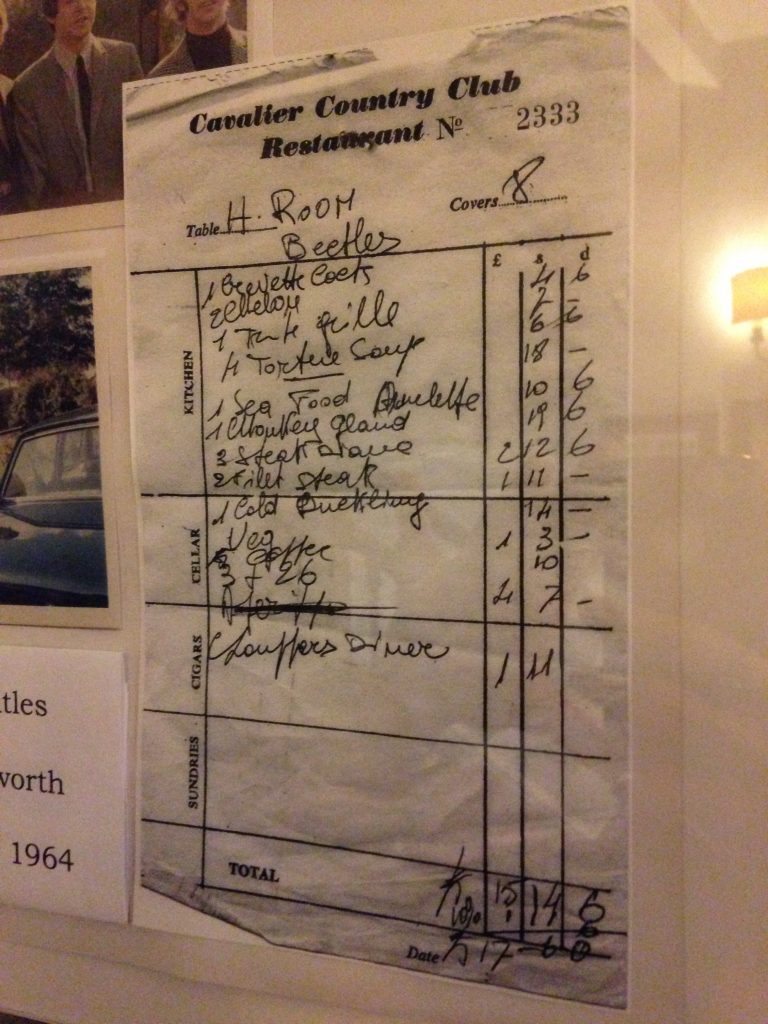 In recent years writer Sally Wainwright has provided Holdsworth House and the surrounding Yorkshire landscapes with a starring role on the small screen. Wainwright's TV creations showcasing Halifax and West Yorkshire include Last Tango in Halifax, Happy Valley, the Brontë drama To Walk Invisible and a new production about prolific diarist Anne Lister who lived at nearby Shibden Hall. A stay at Holdsworth House allows you to explore all these film locations.

Holdsworth House has also been used for filming Jamie Oliver's Jamie's Great Britain, the BBC's The One Show and ITV's All Star Mr and Mrs. Cast and production members from Happy Valley stayed at the hotel whilst filming in nearby Hebden Bridge.

Stars Anne Reid (Celia), Sarah Lancashire (Caroline) and Nicola Walker (Gillian) were amongst the cast who arrived with film crew and set designers for a week. Filming took place in the restaurant, hall and gardens, plus the chef was required to produce a selection of dishes as edible props.

Guests can book a Last Tango in Halifax overnight break at Holdsworth House to follow in the footsteps of the stars.

The Small Faces at Holdsworth House